Leadership Transitions in the School of Medicine

Both of these leaders leave behind an impressive history and what follows are some highlights of their many contributions and accomplishments. 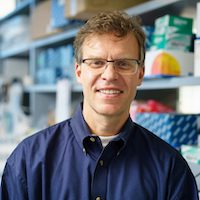 Dr. Hebrok is the Hurlbut-Johnson Distinguished Professor in Diabetes Research. He received his degree in Cell Biology from the Albert-Ludwigs University, performed his PhD thesis at the Max-Planck-Institute, and conducted his postdoctoral research at Harvard University.

His laboratory has made seminal contributions to our understanding of how embryonic signals control the fetal development of the pancreas and its insulin-producing beta cells. His recent work has implemented the information gained from these studies to generate functional beta cells from human stem cell populations for cell therapy purposes.

During his tenure, the Diabetes Center at UCSF was designated as one of only 16 federally recognized Diabetes Research Centers (DRC) in the country, for its ability to facilitate progress in research, with the goal of developing new methods to treat, prevent, and ultimately cure diabetes. It is also one of only 12 Nutrition and Obesity Research Centers (NORC) in the nation. More recently, the UCSF Diabetes Center, together with Stanford University, was awarded the Northern California Center of Excellence by The Juvenile Diabetes Research Foundation (JDRF).

The Diabetes Center has developed a long track record of translating basic science findings into clinical trials designed to help people with type 1 diabetes. Over the last decade, the Diabetes Center has further strengthened its ties with clinical colleagues in the Departments of Surgery, Medicine, and Pediatrics to integrate basic research discoveries with patient care. The Diabetes Center also regularly win awards for its Diabetes Teaching Center’s outstanding efforts to educate individuals with diabetes on all aspects of self-care. Recent accolades include a Web Health Award from the Health Information Resource Center and a MobileWebAward for “Outstanding Mobile Application.”

He advises academic Diabetes Centers in the U.S. and serves on the SAB of several biotech and stem cell companies. Dr. Hebrok has served as the Chair of the NIH Cellular Aspects of Diabetes and Obesity (CADO) study section and was a Member of the National Institute of Diabetes and Digestive and Kidney Diseases (NIDDK) Diabetes Mellitus Interagency Coordinating Committee (DMICC). He has served as a Member of the Research Advisory Committee for the JDRF. 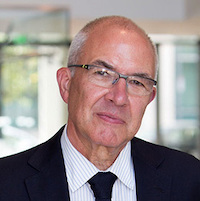 Dr. Volberding arrived at UCSF in 1978 as a research fellow in Dr. Jay Levy’s virology laboratory. Trained in Medical Oncology, Dr. Volberding was working at San Francisco General Hospital as the AIDS epidemic hit the city. He became a leader in the medical community’s response, co-founding, with Dr. Connie Wofsy, the world’s first AIDS clinic, Ward 86. He led clinical trials in HIV-related malignancies and went on to play a key role in the development of antiretroviral therapy. He was the PI and co-director, with Warner Greene, of the NIAID-funded UCSF-Gladstone Center for AIDS Research, supporting the large community of HIV investigators in San Francisco.

During Dr. Volberding’s tenure, the UCSF AIDS Research Institute received the amfAR Institute for HIV Cure Research award, a $20-million grant dedicated to finding a cure for HIV by 2020. Serving as the director of the amfAR Institute, Dr. Volberding worked with leading scientists at UCSF, the Gladstone Institute for Virology and Immunology, and the Vitalant (formerly the Blood Systems) Research Institute to identify successful approaches to the management of HIV/AIDS.

During this time, UCSF performed pioneering transplant surgery from HIV+ donor to HIV+ recipient and was announced as the Local Scientific Partner for AIDS2020, the 23rd International AIDS Conference, bringing the conference back to San Francisco for the first time in 30 years – this time in partnership with Oakland.

Dr. Volberding pioneered UCSF’s Resource Allocation Program (RAP), which centralizes the announcement and application process for intramural funding opportunities to help the University make the most of its funding dollars. He has served as chair since the program's inception in 2007.

He has served as a member of the Board of Directors of the Clinical and Translational Sciences Institute, directed the Global Health Program, served as chief of the medical service at the San Francisco VA Medical Center, and was director of research for Global Health Sciences at UCSF. His clinical appointment is at the VA, where he maintains an active HIV outpatient practice.

Dr. Volberding is the clinical editor in chief of the Journal of the Acquired Immunodeficiency Syndromes and served as the chair of the Scientific Advisory Board of the Accordia Global AIDS Foundation and the Infectious Diseases Institute at Makerere University in Kampala, Uganda.