Dr. Talmadge E. King, Jr. has been dean of the UCSF School of Medicine and vice chancellor for medical affairs since July of 2015. He began his career at UCSF in 1997 as chief of Medical Services at Priscilla Chan and Mark Zuckerberg San Francisco General Hospital and Trauma Center. From 2006 to 2015, he served as chair of the UCSF Department of Medicine, the largest department in the school, with approximately 29 percent of the school's full-time faculty. 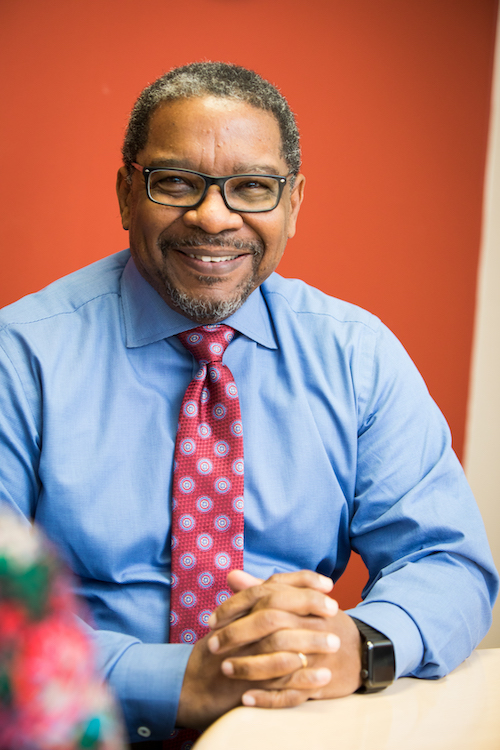 A physician-scientist, King’s research has focused on inflammatory and immunologic lung injury. He is best known for his pioneering work in the management of the interstitial pneumonias, a scarring process that often leads to death. His bibliography comprises more than 300 publications and he has co-edited eight books, including the acclaimed reference book, "Interstitial Lung Disease," now in its fifth edition.

King graduated from Gustavus Adolphus College and earned his medical degree at Harvard Medical School, followed by a residency at Emory University Affiliated Hospitals in Atlanta, Ga. and a pulmonary fellowship at the University of Colorado Health Sciences Center in Denver.