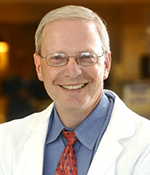 Dean Talmadge E. King, Jr., MD, announced the appointment of Robert Wachter, MD, as the new chair of UCSF's Department of Medicine. Dr. Wachter, who served as interim chair for the past year, will also become the Holly Smith Distinguished Professor in Science and Medicine; he already holds the Lynne and Marc Benioff Endowed Chair in Hospital Medicine.

An internationally known expert in patient safety, quality, and information technology, Dr. Wachter is the author of 250 articles and six books. He is widely recognized for his pioneering role in the establishment of the specialty of Hospital Medicine. He is also past president of the Society of Hospital Medicine and past chair of the American Board of Internal Medicine.

In addition, Dr. Wachter edits the U.S. government's leading website on safety and has written two books on the subject: Internal Bleeding and Understanding Patient Safety. In 2004, he received the John M. Eisenberg Award, the nation's top honor in patient safety. His 2015 book, The Digital Doctor: Hope, Hype and Harm at the Dawn of Medicine's Computer Age, was a New York Times science bestseller. He recently chaired a group advising England's National Health Service on its digital strategy. In 2015, Modern Healthcare magazine ranked him as the most influential physician-executive in the U.S., his ninth consecutive year in the top 50. This year the same magazine ranked him as one of the 100 most influential people in healthcare, one of only two academic physicians on the list.

At UCSF, Dr. Wachter served as internal medicine residency program director and then as the founding chief of the Division of Hospital Medicine. His local honors include the Academic Senate Distinction in Teaching Award and the Holly Smith Award for Exceptional Service to the School of Medicine.