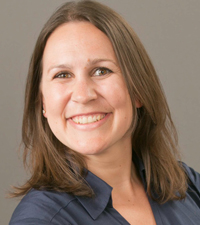 Olivia Herbert, MBA, has been appointed as assistant dean and chief of staff in the Dean’s Office. She will assume this position on December 7.

Olivia Herbert is known to many in the School of Medicine as an executive director in University Development and Alumni Relations, where she partnered with department chairs, staff and faculty to advance philanthropic priorities.

In her new role as assistant dean and chief of staff, Herbert will work directly with Dean Talmadge E. King, Jr., MD, and senior leaders across the school to help develop key strategies and provide oversight and guidance to high-priority initiatives. She will coordinate Dean King's activities to maximize productivity and impact and join or represent Dean King in meetings and on committees. She will also lead the core team in the dean’s management unit.

In his announcement, Dean King noted Herbert's abiding interest in advancing health and medicine and her passion for addressing health disparities and promoting diversity.