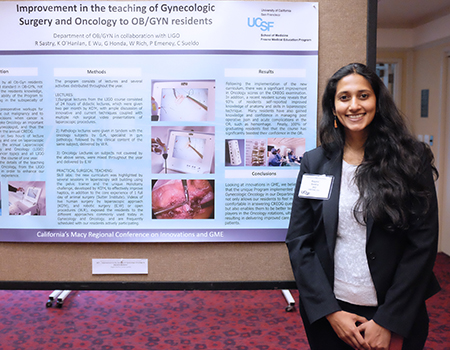 Despite myriad challenges facing graduate medical education (GME), “change is already happening” through diverse innovations across the US, said Macy Foundation President George Thibault, MD, at the UCSF/Macy Foundation conference held on March 30. In his opening remarks, Thibault linked GME and the healthcare system itself: “We want to celebrate GME as part of how we bring about health care reform.”

This conference, the first such convening in California, set its sights on GME as “part of the solution, not part of the problem,” according to conference organizer Robert Baron, MD, associate dean of UCSF’s Graduate and Continuing Medical Education. Cohosted by the Josiah Macy Foundation, it was one of six conferences around the country that targeted what Baron called “the big prize – how do we make the health of the public better over the next decade?” Presenters examined everything from disparities in healthcare and physician distribution, to innovative cross-disciplinary GME partnerships, to resident wellness and safety curricula.

At the end of the daylong conference, following dozens of presentations on the challenges and innovations that mark today’s GME landscape, Thibault emphasized key themes emerging across the US as advocates seek to expand and improve GME amid ongoing political and financial roadblocks.

First, Thibault noted, “the strategy of pretending that the only way to fund GME is through Medicare is not working” – making financial and institutional collaborations increasingly critical. He added that GME programs must expand partnerships and interprofessional arrangements that enrich resident education and program capacity. Residents, Thibault said, must be engaged as key healthcare players. “When I think about the next decade of GME, it’s about empowering residents to help build a better healthcare system.” Physician education and training must emphasize competency and individualization, while also providing cross-disciplinary teaching. GME programs, Thibault added, “have to become more outward looking – the future lies in thinking about GME as part of the larger healthcare system.” 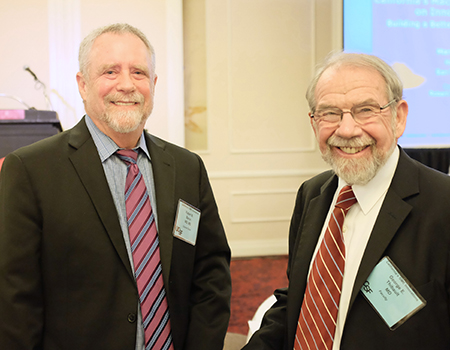 While celebrating a wide array of innovations that are realizing many of these aims, panelists were forthright about the struggles of both GME and the larger medical system as advocates continue pushing for greater physician diversity and equal access to quality care.

“The reality is the country is not suffering a shortage of physicians, but a maldistribution,” said Edward Salsberg, MPH, of George Washington University. He described a “mismatch between the health needs of the population and the specialty makeup and geographic distribution of the physician workforce.”

These disparities, Bindman explained, are exacerbated by unequal distribution of GME funding – with the Bay Area securing 28% of the state’s graduate medical education money while portions of the Valley obtained just 2% of GME funds and the Inland Empire only 9%. “We have a misalignment in the location of where our doctors are and where the population is,” he said. “The location of our GME physicians may be playing a role in this.”

Struggles for equity in physician availability are paralleled by ongoing diversity problems, noted Sandra Hernández, MD, president and CEO of the California Healthcare Foundation. “We’ve made very little progress” in physician diversity and “very little progress integrating Latino physicians into the workforce,” said the former director of San Francisco’s Department of Public Health. While cautioning, “We won’t solve all of this maldistribution of the workforce through GME,” Hernandez said new projects such as UC Riverside’s medical school focused on primary care and the expansion of Telehealth access in geographically isolated low income areas, offer hope – an “important nexus between serving the underserved…and using innovation and data to drive change.” 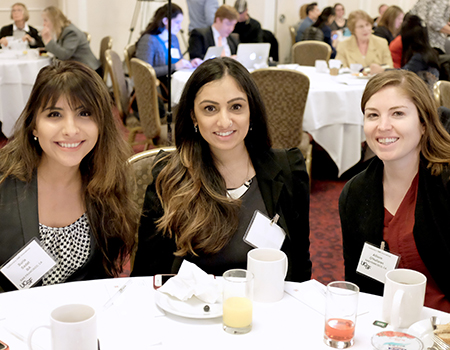 Amid broad healthcare access disparities and chronic gridlock in federal and state legislatures, GME leaders are responding with fresh approaches to everything from GME financing, to interdisciplinary curricula and multi-institutional collaborations, to tapping an unheralded, yet growing interest in community-based primary care medicine.

In the Central Valley community of Modesto, which suffers ongoing shortages of physicians and GME opportunities, the Valley Consortium for Medical Education (VCME) is forging a new path to expand both, described VCME CEO Peter Broderick, MD, MEd. Teaming up with area hospitals and medical schools, this nonprofit community benefit initiative has expanded medical training opportunities for graduate and undergraduate medical students.

In a similar initiative in San Bernardino, Loma Linda University’s Health Education Consortium is teaming up with area community health initiatives and Teaching Health Centers (THCs), the local school district and the San Manuel Band of Mission Indians, to expand medical training and healthcare access, explained Daniel Giang, MD, of the Loma Linda University Medical Center. In this region with higher than average Medi-Cal needs and below-average physician availability, this collaboration is building the doctor pipeline through local secondary schools and health academies and expanding local residency programs so physicians can practice medicine in their communities. With research showing roughly half of physicians work in the same region where they studied, communities are seeking new ways to develop their own pool of physicians, Giang said.

Bolstering the future physician pipeline, starting long before graduate school, was on the minds of many conference participants. Hernandez, noting a “huge drop-off” in potential physicians after freshman high school math, encouraged medical centers to play a greater role in their area school systems. Janet Coffman, MA, MPPA, PhD, professor of family and community medicine and Philip R. Lee Institute for Health Policy Studies at UCSF, added, “we need to get out of the medical school and into high schools and secondary schools” to increase success and access for the residents and physicians of the future.

Coffman cited the expansion of Teaching Health Centers through the Affordable Care Act, encouraging graduates to work in underserved areas and community health centers. In California alone, she said, there are now THCs in Fresno, Bakersfield, Redding, San Bernardino, Modesto and San Diego “focused in areas of greater need” for both more physicians and expanded healthcare access. But echoing a theme prevalent throughout the conference, she added, THC costs are outpacing federal grant money.

In another approach to boost both primary care physicians and community health, GME programs are expanding fellowships and residencies in community health centers and clinics, described Sabrina Kosok, MPH, project manager for Kaiser Permanente’s community medicine Fellowship program. In these community-based settings, residents “learn to improve their clinical acumen” and strengthen their commitment to “upstream medicine” focused on the social determinants of health.

Taking this idea a step further, initiatives such as Health Equity Action and Leadership (HEAL) are tapping the “unmet passion” of medical students and residents to pursue global health projects “serving the poorest of the poor,” said Joseph Scarpelli, MPH, program manager in UCSF’s department of medicine. The program recruits diverse potential physicians interested in healthcare equity, with 28 fellows this year working with hospitals in Navajo nation and the California prison system, Scarpelli explained.

In a bid to improve both GME and healthcare delivery, medical institutions such as UCSF are engaging residents to be active partners in improving healthcare, conference panelists described. At UCSF, explained Baron, nearly 1500 residents in 90 accredited specialties have “become part of our care model.” These doctors in training “give us 3000 more eyes and 3000 more hands” to deliver higher quality care.

Since 2007, said Baron, UCSF’s Resident and Fellow Quality Improvement Incentive program has engaged residents through resident-designed goals and bonus incentives for meeting those goals – spurring a two-thirds goals success rate. It’s not only the $800 average bonus that’s assuring quality improvements, said Baron, but also greater institution-wide interprofessional collaboration: “The incentive money gets the attention, but it’s the engagement and teamwork that really makes this work.”

In the closing moments of the conference, Eve Ekman, PhD, MSW, a postdoctoral fellow at UCSF’s Osher Center for Integrative Medicine, presented what may be one of the more unifying yet little discussed issues in medicine – the health and wellness of doctors and residents themselves. Research shows residents suffer anywhere from 50 to 80 percent burnout rates – leading to increased stress and medical errors and decreased empathy, Ekman said.

Moments later, in his closing remarks, Thibault echoed this concern, which had “clearly struck a chord” with conference goers: “Personal wellness and a healthy environment has to be an increasing part of our focus, making the residency programs more humane so we produce more humane physicians.”

Note: An earlier version of this story attributed quotes to Diana Coffa, MD instead of Janet Coffman, MA, MPPA, PhD. We apologize for the error.