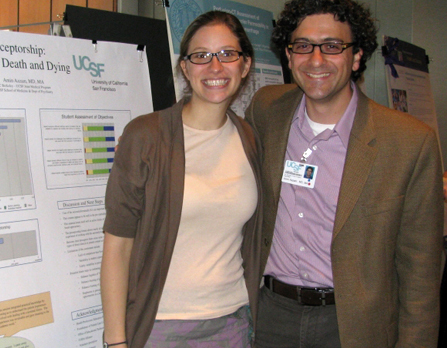 Inefficiencies in the hospital made Christopher Moriates, MD, crazy during his training in internal medicine at UCSF. “There is a culture of overuse that I saw all around,” he says, such as ordering CT scans all too often and over-prescribing antibiotics. “UCSF happens to be thinking about how to address this problem more than many other places I have seen, but I became captivated by how we can do better by our patients by being more aware of cost.”

As a second-year resident, Moriates found a way to combine his desire to help patients with his aspiration to include a teaching aspect in his career through the Pathway to Discovery in Health Professions Education. “I had a vague idea I wanted to get into medical education, but I didn’t have tools or language or connections to know how to do it correctly,” he says. “The Pathway really set me up with all of that.” Through the HPE Pathway program, Moriates developed a curriculum for his resident colleagues that would address the lack of cost awareness in medical education.

“What I really wanted to do was take care of patients the best way possible,” he says. “I realized that I may better help patients by helping other physicians learn about some of the downstream effects of the care we all provide, including costs.”

“Often learners come to this Pathway because they believe there is a better way to help people learn and, through the better education of health professionals, improve patient outcomes” says the HPE Pathway director and Professor of Pediatrics H. Carrie Chen, MD, MSEd. “Similar to the other Pathways, our learners are change agents.”

Through the HPE Pathway, any UCSF student, resident or fellow can experience the latest methods and current state of inquiry for teaching strategies, curriculum development and learning theory, along with educational research and instructional technology. A two-year Advanced Program adds additional focus on assessment and educational leadership.

HPE projects range from the local—such as a tool to be used in a specific department or division—to the national, if the product is something that could be disseminated to other schools. Moriates, for example, first put together his proposal for the residents in internal medicine at UCSF in 2011, but the idea took off and he is now involved with national programs, including the American College of Physicians and their national High-Value Care curriculum. Additionally, the education research that HPE learners have pursued has added to the body of knowledge that impacts the field of education worldwide.

The HPE Pathway is training those who will shape the future of health professional education as faculty, education leaders and scholars. “We feel our job is to open the window for our learners to the different things they can do with education beyond direct teaching and mentoring,” says Chen. Such opportunities include curriculum development, education administration and leadership roles or research into how people learn. “We have faculty who represent all these different ‘flavors’ and part of what we are doing is showing learners that there are a variety of paths they could take depending on where their interests and passions lie.” 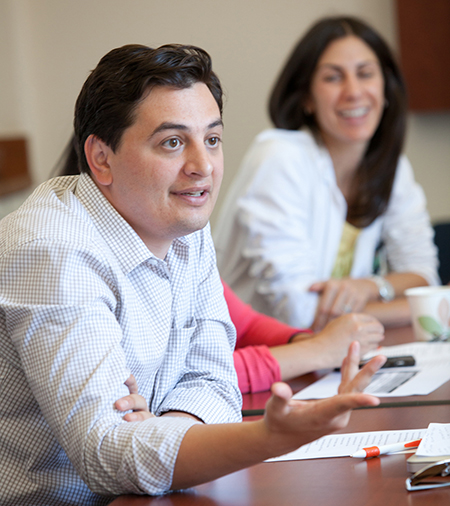 The excitement that Danielle Chammas, MD, felt as a second-year medical student teaching to first-year students through the Medical Scholars Program drew her to the HPE Pathway. “It was unexpected how much I enjoyed teaching, so the idea started to percolate in my head that maybe I want a career that includes the teaching side of medicine, not just the practice side,” she says.

As a fourth-year student, Chammas knew she would be applying to psychiatry residency programs, and she was interested in the topic of palliative care and end-of-life issues for second-year students. Previously, there had been no formal training or lesson plan for the community doctors who were teaching the students, and not surprisingly, the students had widely varied experiences depending on who their preceptor was. Chammas, committed to the belief that educating trainees early regarding end-of-life interactions could have a huge impact on the care delivered to patients, developed a curriculum for that topic during her fourth year of medical school. During her psychiatry residency, and again in her hospice and palliative medicine fellowship, she has revisited and revamped this teaching session with new curricular innovations.

“Doing an HPE Pathway project gave me a tangible skill set, but I also got a really huge support network out of this that I didn’t anticipate when I entered,” she says. She has maintained a working relationship with her primary mentor, Associate Professor of Psychiatry Amin Azzam, MD, MA. Chammas says that Azzam has been essential to every step she has taken, from applications to CV reviews to how to disseminate her work so that other educators can benefit from it.

A Foundation for Success

Mentorship also played a pivotal role in the career of Sandra Oza, MD, MA, who entered the program as a clinician educator fellow in the division of general internal medicine from 2011–2013. She had already decided that the fellowship would put her on the track for an academic career that included some medical education work, but she added the HPE Pathway to gain additional skills and training in medical education. “The Pathways advisors were phenomenal mentors who still to this day encourage me to pursue different experiences,” she says.

In recognition of the importance of working in collaborative teams of different professions to provide quality patient care, Oza wanted to develop an educational tool to help medical students incorporate the concept of interprofessional teamwork. For one of her HPE Pathway projects, she collaborated with some of her physician and nurse colleagues to develop an interprofessional standardized patient case for assessment of clinical skills. Although medical students were at first taken aback at being evaluated by how well they interacted with nurses, she says that overall it has been well-received and part of the curriculum for the last three years.

Although Oza was already on track to include education in her career, she says that the HPE Pathway solidified that the track she was on was the right one and gave her new ideas on how to expand her interest. “The HPE Pathway plus a masters in education—which never would have crossed my mind before Pathways—really set me up for the job I have now,” she says. She is an assistant professor of medicine at UCSF, and her current position incorporates involvement in the Bridges curriculum redesign and dedicated time for teaching and research in medical education. “The Pathway added a separate set of skills and expertise that I am using in everything I do now,” she says.

Moriates also marvels at how the HPE Pathway focused his career trajectory. The curriculum he developed led to national attention for him, and that successful HPE project, he says, is presumably the reason he landed a faculty job as an assistant professor of medicine at UCSF straight out of residency. His career is as a hospitalist, with about half of his time taking care of patients and the other half on his academic interest in high-value care and how to educate about cost awareness.

“I had always thought of myself as doctor and a teacher,” he says. “Now I get to practice medicine, but I also get to teach, to write, to travel and give talks, and the impetus for all of this was the experience I got from the HPE pathway.” 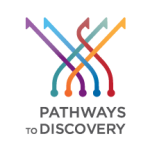