Caring For Women Behind Bars 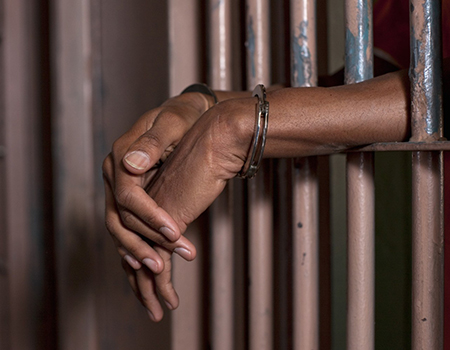 On October 3, UCSF students and faculty gathered to hear Carolyn Sufrin, MD, PhD, discuss her new book, “Jailcare: Finding the Safety Net for Women Behind Bars.” Sufrin, now an assistant professor in Gynecology and Obstetrics and a medical anthropologist at Johns Hopkins Medicine, conducted much of her research for the book while working at UCSF and providing healthcare for incarcerated women at the San Francisco County Jail.

In her talk, she highlighted the connections between mass incarceration and health disparities, particularly in women’s health (see slide below.) She introduced the audience to “Evelyn” a patient she met while working at the jail. Like many of the women Sufrin encountered, Evelyn was of reproductive age, had minimal or no access to healthcare, and suffered from many traumas before her incarceration (including poverty, a history of substance abuse and addiction, unstable housing, and racism).

Sufrin explained the polarities: incarceration presented an opportunity for Evelyn to receive healthcare she wouldn’t otherwise have received. Because of a 1976 Supreme Court ruling (Estelle vs. Gamble), incarcerated people are the only people in the U.S. with a constitutional right to healthcare. Yet on the other hand, Evelyn’s “care in a space of punishment” was inherently contradictory, and her risk of death after being released—especially from overdose, suicide or homicide—would be 13% higher than before her incarceration. Evelyn’s case, Sufrin said, is “diagnostic of broader failures in our society. What is the safety net? Jail has become part of it. What is society’s role in caring for its most vulnerable members?”

Jackson started the elective course with an overview of correctional medicine and a window into San Francisco’s County Jail in particular. Two-thirds of the women at the jail are African American, compared to four percent of San Francisco’s non-incarcerated residents. “African-American women have been disproportionately affected by the war on drugs,” Jackson noted. 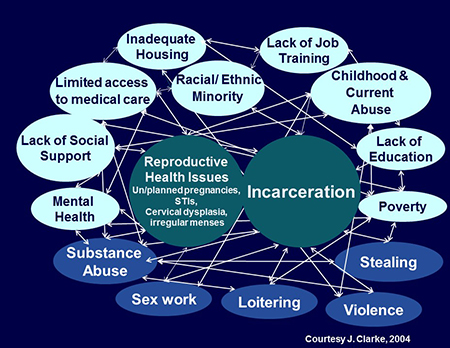 While jail is normally intended for pre-trial stays or sentences of less than a year, prison inmates have been shifted to jails due to overcrowding. Unlike prisons, jails usually don’t offer access to sun and fresh air. “One woman hasn’t been outside for five years,” said Jackson.

Low-income communities and people of color are already suffering from barriers to accessing health care. Incarceration can involve other barriers. For instance, inmates who might need to see a specialist at Zuckerberg San Francisco General Hospital may elect not to do so, reluctant to be seen in their community in handcuffs and custody-issued inmate clothing.

That is why Becky Barber, a second-year medical student, who co-leads the “Health of Incarcerated People” elective with fellow classmate Jeremy Weiser, is passionate about the health of incarcerated people. “Working for Teach for America before starting at UCSF, I became concerned about the school-to-prison pipeline, and wanted to work more with underserved populations,” said Barber. “Participating in the elective last year, I was struck by the extra level of vulnerability that comes with incarceration.” Barber and Weiser lead weekly health education workshops for women at the jail. “Our goal is to empower the women to better self-advocate both inside and outside the doctor's office.”

The women… will challenge you to improve your communications skills and educate you about the barriers they face," Barber noted. “Hopefully, the sentiment of us as medical students caring about these people can break down some of the barriers that are ingrained in our system and in health delivery,” added Weiser. Barber agreed. “At the very least, it’s a positive experience with a health care provider. But it feels like there’s so much more to do.”

Other faculty at UCSF are pushing for improved correctional health on additional fronts. Shira Shavit, MD, professor of Family and Community Medicine, serves as co-founder and executive director of the Transitions Clinic Network, which serves to provide community based healthcare to formerly incarcerated people with chronic conditions. Brie Williams, MD, professor of Medicine in the Division of Geriatrics, serves as director of the Criminal Justice & Health Program at UCSF and director of the Criminal Justice Aging Project of Tideswell at UCSF.

”This work is particularly vital in a state like California. We have one of the nation’s two largest prison systems, and decades of litigation have illustrated the close connection between correctional policies, overcrowding, and poor quality medical and mental healthcare,” said Williams.

“As a public university that serves the people of California, the University of California has an important opportunity to offer expertise and technical support to criminal justice professionals, policy makers and community members who aim to improve healthcare systems in jails and prisons… improved criminal justice healthcare could profoundly transform the lives of millions of underserved Americans.” 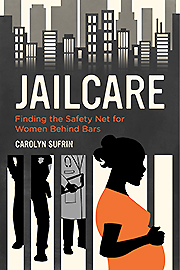