Owen Wolkowitz, MD, and Mel Blaustein, MD, were recently announced as the recipients of the 2016 Royer Award.

The award, which includes a substantial cash prize, goes to two psychiatrists every other year, one who is an academic psychiatrist and the other who is a community-based practitioner. 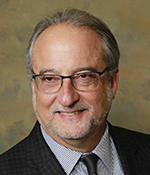 The Royer Award for Excellence in Academic Psychiatry will be awarded to Owen Wolkowitz, MD, professor in residence in the Department of Psychiatry, co-director of the UCSF Depression Center and a founding member of the National Network of Depression Centers. Dr. Wolkowitz has had an outstanding career as a biological psychiatrist focusing on mood and anxiety disorders. He has been continuously involved in clinical-translational research, treatment and education for over 30 years, with particular expertise in the mechanisms of stress-related mental illnesses and on novel mechanism-based treatments. Together with Elizabeth Blackburn, PhD, and Elissa Epel, PhD, he was among the first investigators to document accelerated telomere attrition in chronic depression. Dr. Wolkowitz has been a major contributor to the scholarly literature, having published over 200 peer-reviewed articles, as well as countless abstracts and presentations at national and international conferences. He is recognized not only as a leading clinician scientist, but also as an outstanding and dedicated teacher and mentor, clinician and advocate for those with severe and chronic mental illness. 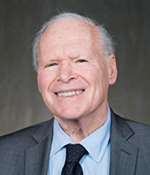 The Royer Award for Excellence in Community Psychiatry will be awarded to Mel Blaustein, MD, who has, over the last 41 years, made major contributions to community psychiatry in the Bay Area. He is the medical director and chair of Psychiatry at St. Francis Memorial Hospital and served as president of the Psychiatric Foundation of Northern California for 14 years where he helped generate significant funding for the homeless mentally ill. Throughout his long career, he has been committed to helping the most severely affected patients. And among his many accomplishments, he was a leading figure in gaining approval for a suicide barrier for the Golden Gate Bridge, the primary suicide site in the world. Advocates in the Bay Area had worked for over 70 years on this goal. Dr. Blaustein played a leading role in organizing families of individuals who committed suicide, the mental health community, the public, and members of the San Francisco Board of Supervisors to make the barrier a reality. For his work on the bridge project he received the Lifesaver Award from the American Foundation for Suicide Prevention.

Their awards will be presented this fall on dates to be announced.